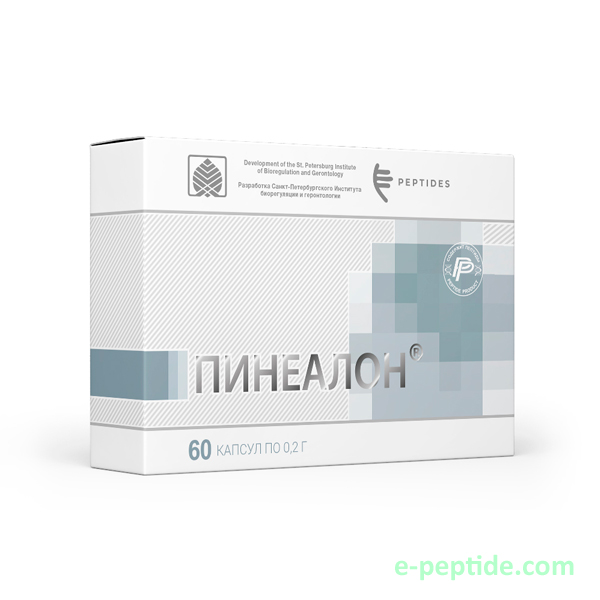 PINEALON® is a peptide bioregulator that contains amino acids that contribute into normalizing the functional activity of brain cells.

Used for correction and prevention of brain disorders that occur during central and peripheral nervous system diseases, including post-traumatic brain injury, stroke, brain surgery, extreme psycho-emotional factors, as well as to maintain the mental health of elderly patients. Pinealon improves intellectual functions of the brain such as memory, attention, etc.

Pinealon is well tolerated, with no identified side effects, complications, contraindications and drug dependence.

Dosage:
Adults: 1-2 capsules, once or twice a day before meal, during 30 days. It is advisable to repeat after 3-6 months.
After the course of Pinealon it is recommended to take a natural brain peptide CERLUTEN® (2 capsules before meal every morning during 1-2 months).