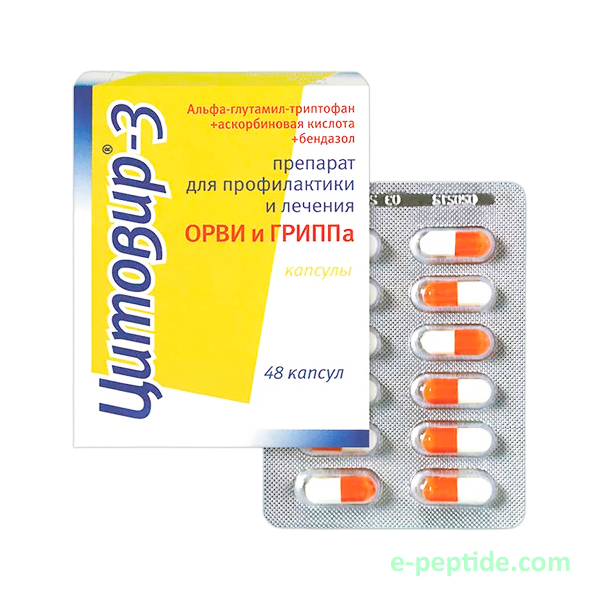 Product for prophylaxis and early treatment of influenza and other viral URTIs for the whole family. Immunostimulating agent.
Form release: 48 capsules
With shipment: STANDARD INTERNATIONAL SHIPPING: 25,00 €
Base price 49,00 €
49,00 €
Discount
Description

Due to CYTOVIR-3 rational combination of components, the medicine features antiviral action, immunomodulatory, and antioxidant properties.

For treatment, as well as in contact with a patient with influenza or other acute respiratory viral infections, take 1 capsule 3 times a day. The course of admission is 4 days. During the rise in the incidence of taking the drug, it is necessary to take 1 capsule per day for 12 days.

PROTESTONORVIS Immuno (Tilorone 125mg)
Back to: Healing and Prophylactic Preparations