RECOVERY 5 Plus - peptide complex for reserve capabilities of the body

ANEMO 3 Plus - peptide complex for immune and hematopoietic systems

NEURO 3 Plus - peptide complex for the nervous system and brain

NEPHRO 3 Plus - peptide complex for the urinary system

CARDIO 3 Plus - peptide complex for the cardiovascular system

OSTEO 3 Plus - peptide complex for the musculoskeletal system

VITUAL Laboratories is one of the founding companies in the field of anti-aging technologies and peptide bioregulation. The company's researchers from the Research and Development Department are recognized as the world's leading scientists in the field of gerontology and geriatrics. 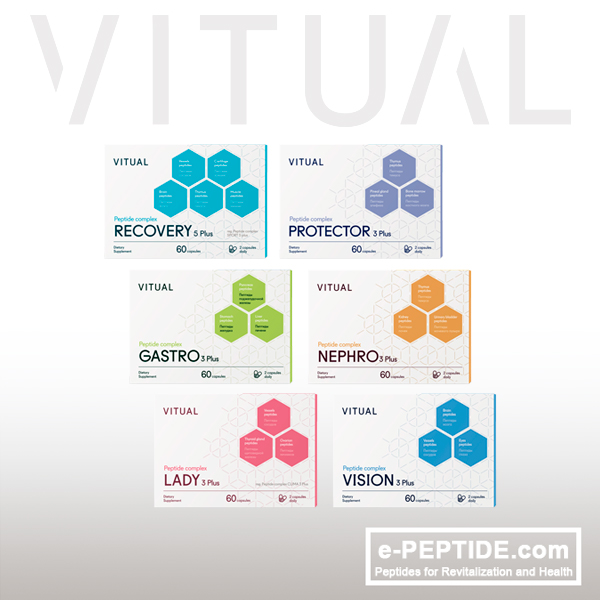 Peptide bioregulators are organic substances that can stimulate biological processes in the body and include mechanisms for independent recovery. Thanks to the discovery of the method of obtaining bioregulators, scientists were able to synthesize a new type of preparations. They can slow down the rate of ageing, prolong active longevity and reduce the risk of developmental disorders associated with age-related changes.

Thanks to their ability to influence stem cells, bioregulators can activate hidden reserves within your body and accelerate recovery even after deep disturbances.

The basis of any organism consists of proteins, that form the structure of cells responsible for the transfer of other substances and activation of biochemical reactions. The coordinated work of all organs and systems depends on the rate of protein synthesis and the main regulators of protein molecules assembly are peptides. But as we grow older the number of our own regulatory peptides decreases, that negatively affects the process of cell renewal. This is compounded by the fact that stressors deactivate some DNA sites and stop the process of reading the necessary information for protein production. This leads to deterioration of health, hormonal failure and other disorders.

You can replenish the regulatory peptide pool from the outside. Polypeptide complexes renew cells and restore the functions of the corresponding organs, that leads to the elimination of health problems, improving health and prolonging active longevity.

Peptide complex consists of many short peptides that enter the stomach and intestines, are not subject to the process of cleavage and are absorbed into the blood. Peptides get from the blood into the target organs and penetrating through the cytoplasmic membrane of cells, get into the nucleus, where they bind with nucleosomes (the structural part of the chromosome, which contains the human genome) and regulate the process during which the information contained in the gene is converted into functionally active proteins that renew cells and restore the organs work. This process is called gene expression.

The uniqueness of Khavinson's short peptides lies in the ability to increase gene activity and activate "sleeping" stem cells, that strengthen the structure of tissues and organs. In natural conditions this phenomenon is observed in a limited number of people who are considered to be long-lived. 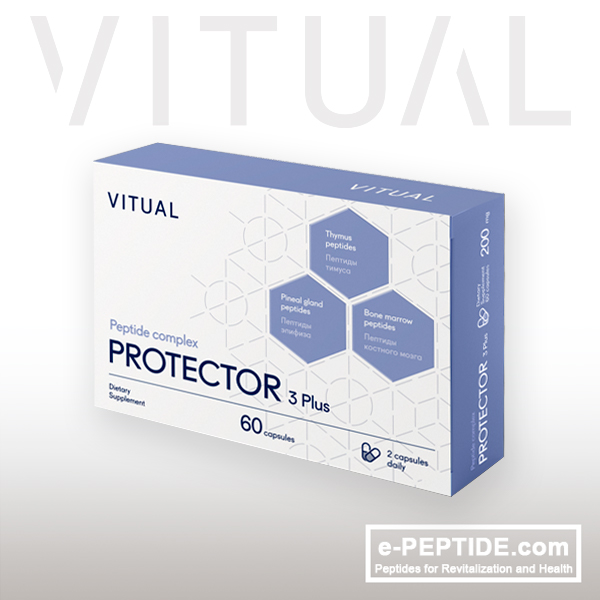 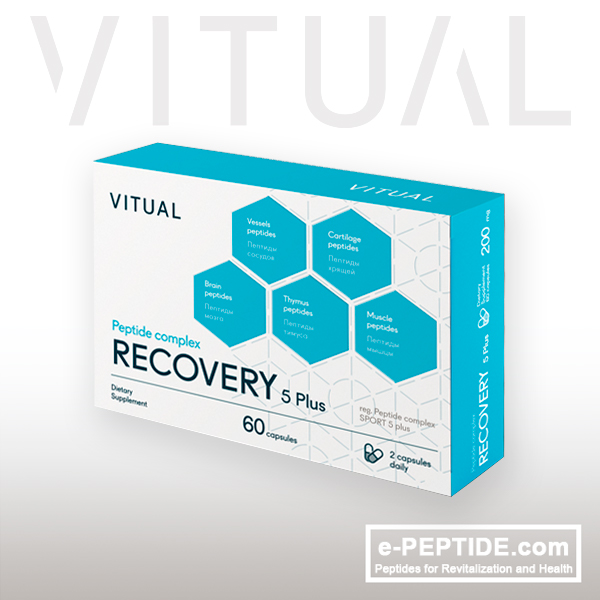 RECOVERY 5 Plus 60 - peptides for reserve capabilities of the body 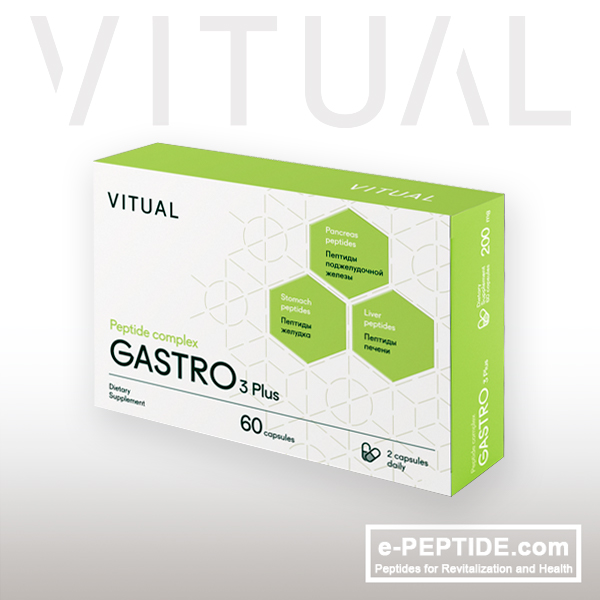 GASTRO 3 Plus 60 - peptides for the digestive system 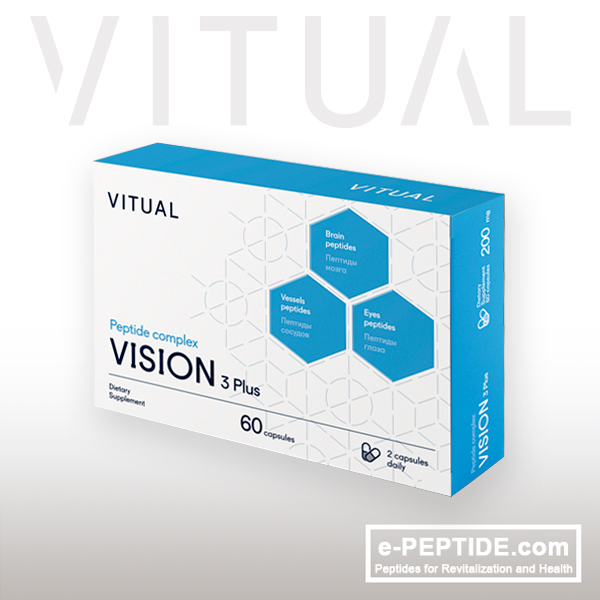 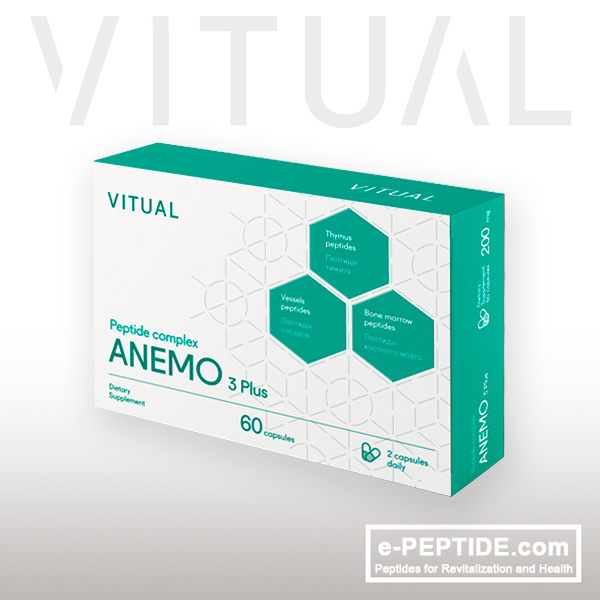 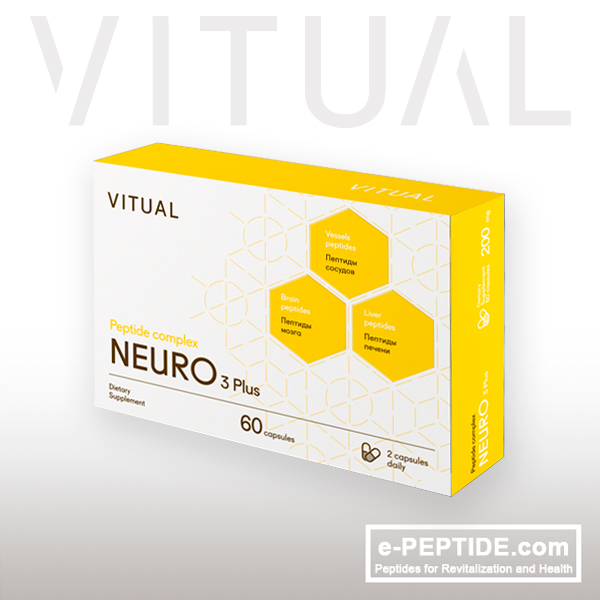 NEURO 3 Plus 60 - peptides for the nervous system and brain 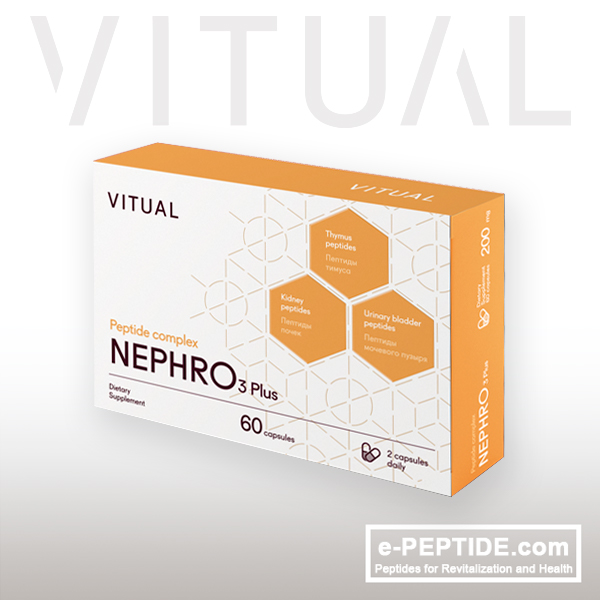 NEPHRO 3 Plus 60 - peptides for the urinary system 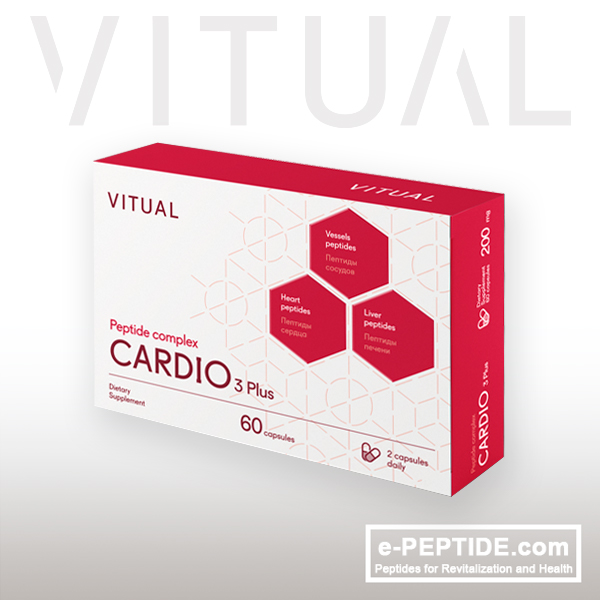 CARDIO 3 Plus 60 - peptides for the cardiovascular system 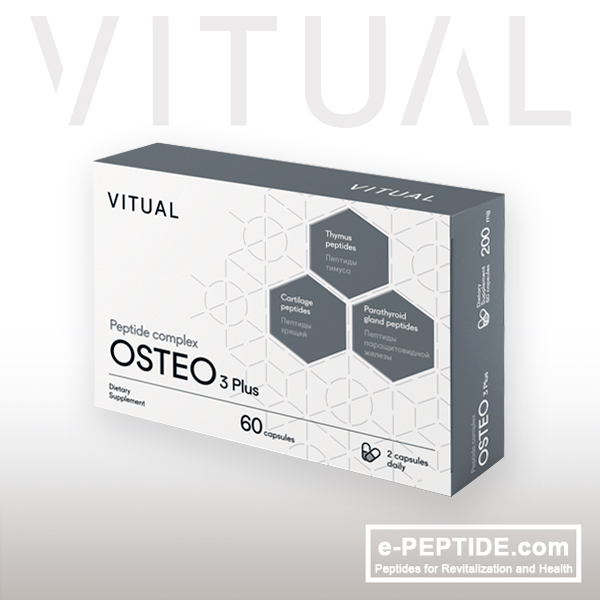 OSTEO 3 Plus 60 - peptides for the musculoskeletal system 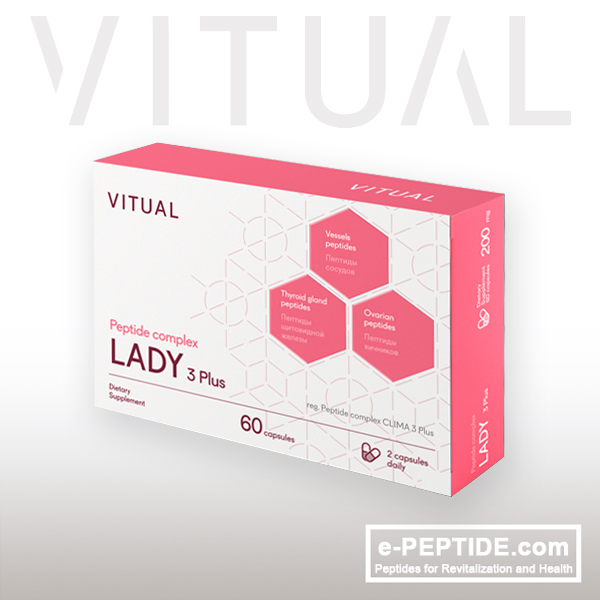 LADY 3 Plus 60 - peptides for women's health 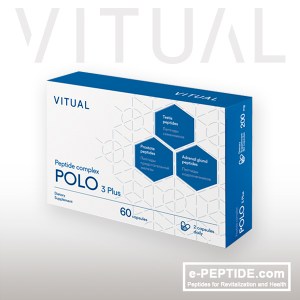 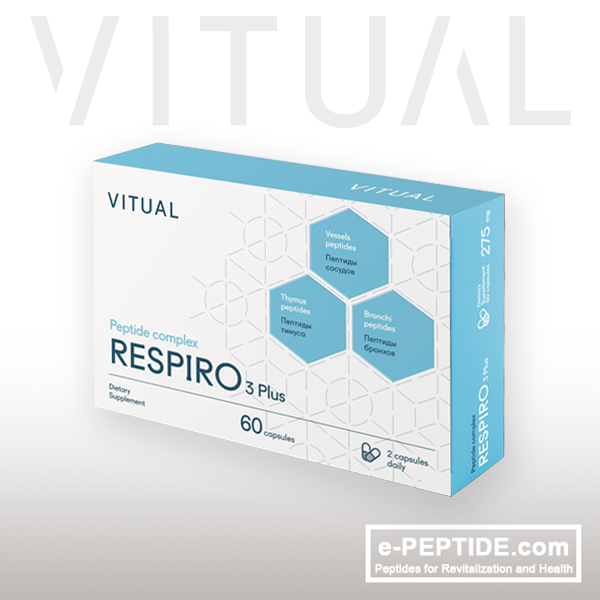 RESPIRO 3 Plus 60 - peptides for respiratory system