DALARGIN-10mg promotes the healing of duodenal and gastric ulcers, suppresses the increase in foci of necrosis, moderately reduces the secretion and acidity of gastric juice, as well as hyperfermentemia. The drug exhibits a weak hypotensive effect. Dalargin is prescribed for exacerbations of peptic ulcer of the duodenum and stomach, pancreatic necrosis and pancreatitis.

DALARGIN is a synthetic regulatory hexapeptide of the formula Tyr-D-Ala-Gly-Phe-Leu-Arg (YAGFLR), which is registered as a drug in Russia; pharmaco-therapeutic group - means of treating peptic ulcers. Dalargin is interesting in that it is an analogue of two natural enkephalins - methionine-enkephalin (Tyr-Gly-Gly-Phe-Met-COOH = YGGFM) and leucine-enkephalin (Tyr-Gly-Gly-Phe-Leu = YGGFL), in which the glycine residue in the second position is replaced by D-alanine, and the C-terminal amino acid is replaced by arginine, which is reflected in the name of the drug (Dalargin from D-Ala, Arg). The introduction of D-amino acids is a well-known approach aimed at increasing the biological activity and at increasing the resistance of peptide molecules to degradation in biological media. The replacement of the C-terminal part of the structure with a highly polar arginine was carried out to obtain a peripheral effect and hinder the penetration of the peptide through GERD.

The therapeutic effect of DALARGIN, a delta-opioid receptor agonist, is due to its affinity for enkephalins. Due to this, these peptides are characterized by the presence of an analgesic effect, which, due to their low stability to proteolysis, is observed only when directly injected into the brain, and reduce the motor activity of the gastrointestinal tract. Endogenous opioid receptor ligands were identified in 1974, which greatly stimulated the study of neuropeptides and their analogues. In the 1980s, the preparation and initial tests of Dalargin were first carried out in the laboratory of peptide synthesis of the All-Russian Scientific Center of the USSR Academy of Medical Sciences under the guidance of prof. M. I. Titova. Thus, the history of the drug Dalargin has more than 35 years. 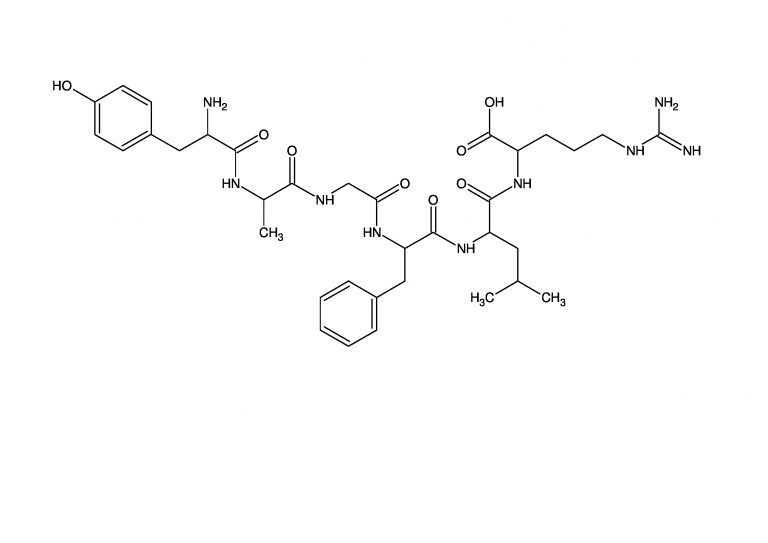