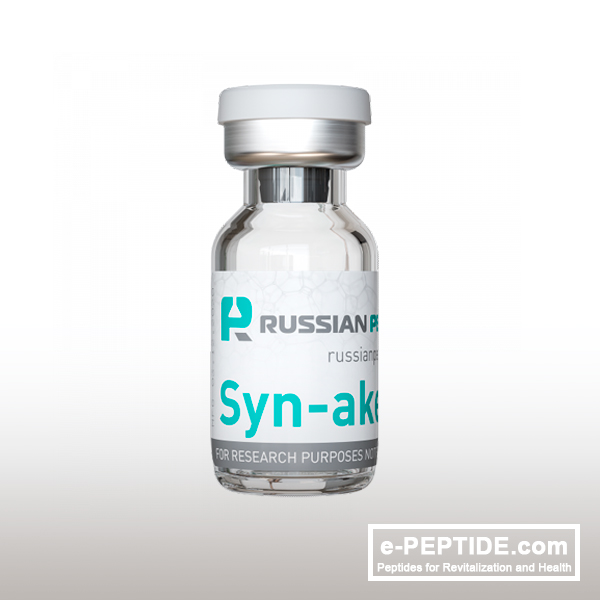 It is a synthetic biomimetic peptide similar in its effects to the poison component of the temple keffiyeh (Tropidolaemus wagleri)
Form release: lyophilisate 10mg

Skin care products containing SYN-AKE are considered among the most effective anti-aging products and are positioned as an alternative to botulinum toxin injections. Unlike the latter, the Syn-Ake peptide is applied to the surface of the skin, and acts only in the areas of application, without affecting the adjacent areas. Syn-Ake may have a cumulative effect, so products based on it should be used according to the manufacturer's instructions. Usually the course of application does not exceed 6 months.

The results of the research shows that SYN-AKE has the most effective smoothing effect on vertical brow wrinkles and horizontal forehead wrinkles, the so-called. "crow's feet" in the eye area, wrinkles in the nose and bridge of the nose. In relation to the network of small wrinkles, vertical perilabial and horizontal neck wrinkles, the effect is also present, but somewhat less pronounced.

Peptides are the most interesting component of snake venom. Despite their toxicity, when used in the correct proportions or with structural modification, some of these peptides can be used directly as drugs or their components. In addition, short peptides are relatively easy to synthesize and are less likely to induce an immune response in the form of allergic reactions. Peptides are of great value due to their diverse pharmacological activity, high affinity and selectivity for the respective receptors, and good stability even under harsh conditions of venom gland secretion.

SYN-AKE blocks the nicotinic acetylcholine receptor (nAChR), which mediates nerve impulse transmission, in a mechanism similar to botulinum toxin-A (BoTox™), which cleaves the SNAP-25 membrane protein involved in the release of neurotransmitters. Syn-ake is similar in its effects to the poison component of temple keffiyeh (Tropidolaemus wagleri), Wagerlin-1 (Wagerlin-1 is a neuromuscular blocking agent). An nAChR antagonist at the neuromuscular junction reversibly binds the ε-subunit of the receptor and prevents its interaction with the neurotransmitter acetylcholine. The receptor remains closed and does not allow sodium ions to pass through, thus Syn-Ake prevents depolarization and muscle contraction, blocking the nerve impulse. At a concentration of 0.5 mM, Syn-Ake reduces muscle contractions by 82% two hours after administration. Such an action is especially interesting from the point of view of cosmetology, as it leads to the fact that the muscles, for example, the face, do not contract and remain relaxed for a long time. The consequence of this is the smoothing of small and medium mimic wrinkles, the restoration of firmness and elasticity of the skin. In addition, Syn-Ake does not have the negative effects of botulinum toxin (especially the duration of action), namely, it does not cause progressive atrophy of the muscle fiber with a decrease in its average diameter. 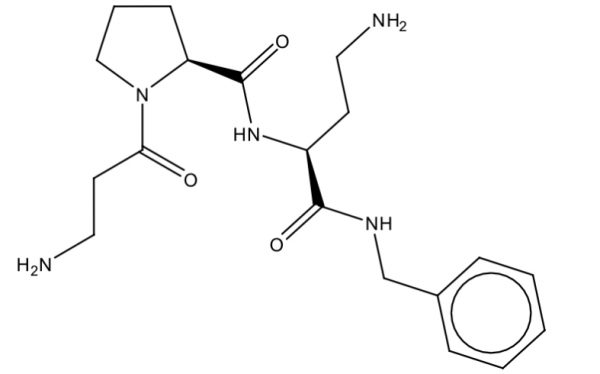 OSTEO 3 Plus 60 - peptides for the musculoskeletal systemZINC-THYMULIN-10mg for the treatment of androgenetic alopecia (baldness)
Back to: Peptide therapy