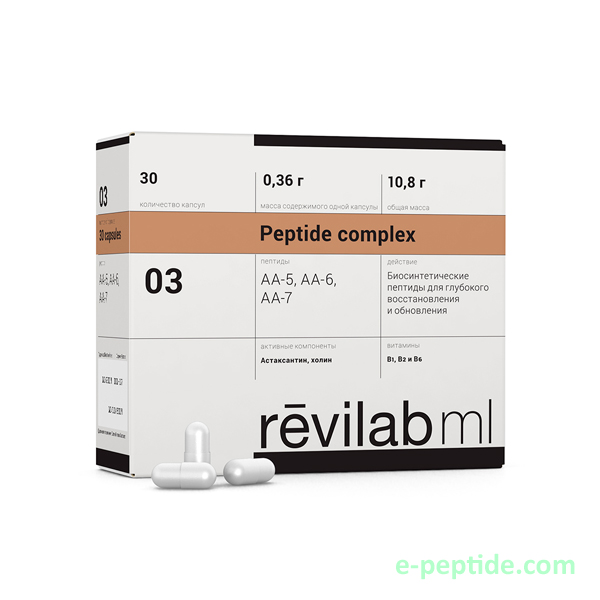 Peptide preparation for the nervous system and eyes.
With shipment: STANDARD INTERNATIONAL SHIPPING: 28,00 €
Base price 72,00 €
72,00 €
Discount

It stimulates regeneration of neurons of the central nervous system. It normalizes cell metabolism and functions, and also restores the healthy function of nervous system.

It stimulates the retinal photoreceptors and cell elements. Peptide of amphiblestrodes helps to improve functional interaction of pigment epithelium and external segments of photoreceptors, and also accelerates the recovery of the light sensitivity of the retina. It normalizes vascular permeability; reduces the appearance of local inflammatory reaction; stimulates repair processes in diseases and injuries of the retina.

It is an antioxidant of amazing strength, 100 times more effective than vitamin E and 10 times more effective than beta-carotene. It protects our body from free radicals and glycation products of proteins. It has a restorative effect, slows down the aging process, increases immunity, improves vision, positively affects the health of the digestive tract (successfully used for dyspepsia, eradication of Helicobacter pylori), supports the cardiovascular system, increases efficiency and endurance. It has a special effect on the skin: reduces the number of wrinkles, increases the level of moisture and restores its elasticity.

Lutein and zeaxanthin isolated from an extract of marigolds protect from the oxidative process of the lens of the eye, help maintain visual acuity. As antioxidants, they are able to neutralize free radicals that oxidize and damage the retina, prevent the development of cataracts, and serve as an excellent prophylaxis for age-related macular degeneration.

It supports the immune system. Basically, it provides the normal state of the mucous membranes, is involved in the formation of red blood cells and the metabolism of carbohydrates, the most efficient energy source for the organism. In addition, vitamin B1 (thiamine) optimizes cognitive activity and mental activity. It has a positive effect on energy, growth, normal appetite, ability to learn, it is necessary to maintain the muscle tone of the intestine, stomach and heart.

Pyridoxine (vitamin B6) has a great impact on physical and mental health. It is required for normal functioning of the nervous system and brain, for the synthesis of nucleic acids.

Omega-3 is polyunsaturated fatty acids (alpha-linolenic, eicosatrienoic, eicosapentae- noic acid and other). It reduces the cholesterol content in the body, triglycerides and low-density lipoprotein; inhibits the progression of atherosclerosis, cardiovascular and rheumatic diseases, thrombosis and normalizes metabolic processes.