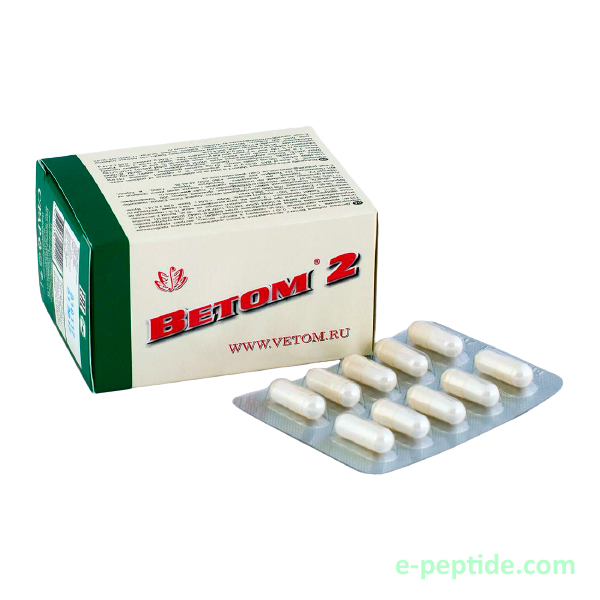 VETOM® 2 is recommended as a biologically active food supplement as an additional source of probiotic microorganisms to improve the functioning of the gastrointestinal tract and restore the intestinal microflora.

The healing effect is provided by the properties of the bacteria Bacillus amyloliquefaciens, which, multiplying in the intestine, secrete biologically active substances that suppress the growth and development of pathogenic and opportunistic microflora. As a result of this process, the microbial composition in the intestine is normalized to the corresponding evolutionary norm, its walls are cleaned of indigestible food debris, which contributes to the active removal of toxins from the body, the unhindered delivery of biologically active and nutrients. Under the influence of Vetom 2, the following are normalized: metabolism, digestion and absorption of biologically active food components in the gastrointestinal tract.

It is recommended to take within 10 days (2-3) doses per day during or after meals with a small amount of water, juice or tea.

Individual intolerance to the components of the drug.

10 capsules weighing 0.33 g each in a blister, 5 blisters in a cardboard box, instructions for use are attached.

2 years from the date of manufacture.
Do not use after the expiration date.
The dietary supplement Vetom 2 is not a drug.